Our Woodwind staff have extensive performance experiences and/or pedagogy degrees. Emphasis is placed on fundamentals and developing tone, technique and musicality as well as standard repertoire. Improvisation is also taught. We offer performance opportunities in the form of at least 2 recitals per year, and optional participation in jazz ensembles, worship band and other groups.

Our standard instructors use the Suzuki and Rubank method books alongside other curriculum. We accept students from age 7 and up, though exceptions are made on a case by case basis.

Lori Richardson (flute, piano)
Earned a Bachelor of Music degree with and emphasis in Performance from California State University Fresno. Lori also studied with Leone Buyse, Jim Walker, and attended Summer Master Class Seminars with the renowned master flutist and teacher, Frances Blaisdell.  With over 20 years of performing and teaching experience Lori is passionate about passing on her love of music to her students through a nurturing environment that emphasizes tone production, technique building, ear training and artistry/musicianship.  She believes the study of music enhances every aspect of a young persons development, creativity, sense of accomplishment and future success. 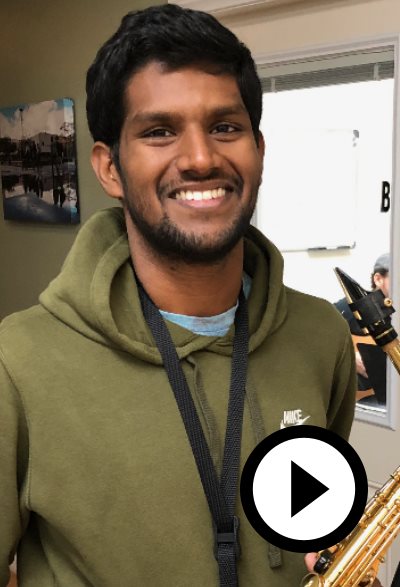 Joshua Jerome (saxophone, clarinet, flute)
Is featured as the lead tenor saxophonist in the LA Swing Barons as well as member of the classical saxophone quartet Ex Sono. Josh has received numerous awards as a soloist and section player in multiple genres including Outstanding Musicianship awards from the Riverside Jazz Festival and the Fullerton College Jazz Festival as well as winning the state MTNA chamber music competition in California. As a student at California State University Fullerton, Josh played principal saxophone for Symphonic Winds and First Tenor for the Fullerton Jazz Orchestra while studying with Damon Zick and Jeff Ellwood. Josh has performed with artists such as Bob Mintzer, Joe LaBarbera, Francisco Torres, and Scott Robinson. . 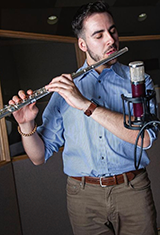 Jean-Pierre Mora (clarinet, saxophone, flute)
was heavily involved with music from a young age, whether it be from aspiring for proficiency on an instrument or even embracing cultural traditions from his Latin background. As a musician focused on woodwind expertise, Jean-Pierre found his love for the saxophone at Glendora High School and for clarinet and flute while attending Azusa Pacific University. He received his Bachelors’ in Music Education at APU in May of 2021, where he is now also pursuing his Master’s in Music Performance as well. As a result of this connection with the institute as well as the neighboring Citrus College, Jean-Pierre has had the opportunity to perform alongside a few notable artists. They include Brazilian guitarist and composer/arranger Chico Pinheiro, saxophonist and Latin jazz group leader Justo Almario, and Grammy nominated composer Adam Schoenberg. JP works for multiple school districts as a woodwind coach. His life passion is to share his love for music with those around him. 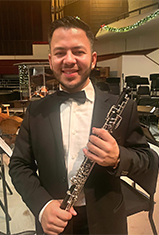 Rafael Tapia (oboe, sax)
Rafael Tapia completed his undergraduate studies at the Guildhall School of Music and Drama in London, UK under world renowned oboists Nicholas Daniel and Gordon Hunt. He is currently a master’s student at University of Southern California studying under Joel Timm. He has also participated in a variety of summer music festivals and academies in Brazil, Canada, and England to name a few. With a passion for chamber music, he has been a guest artist in such groups as Camerata Pacifica and the Kuhmo Chamber Music Festival in Finland. Rafael aims to provide his students with a warm, encouraging environment with values rooted in musicality and guiding them to their full potential as an oboist.  ONLINE ONLY.