Our Vocal staff have extensive performance experiences and/or pedagogy degrees. Styles include classical, opera, pop, avante guard, and more. We offer performance opportunities in the form of at least 2 recitals per year, local street fairs and community requests, participation in rock, jazz and worship band ensembles.

Our standard curriculum includes vocal technique, note reading, repertoire, music theory, scales, and sight singing as part of their weekly lesson. We accept students from age 3 and up. 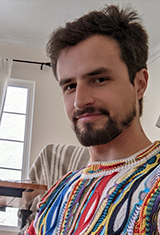 Pablo Gracia Quesada (voice, guitar, electric bass)
first picked up the guitar at the age of 13, and instantly fell in love with it and music as a whole. In the few years that followed, he earned a certificate in guitar performance online from Berklee School of Music, rose to the top of local and regional guitar and choral ensembles, and could be seen playing guitar in the pit orchestra for numerous local theater productions and wherever else they would let him. Pablo attended Cornell University, studying both Computer Science and Music, where he dove deep in the vocal music scene and the jazz program where he left a lasting impression through his work on research in modern improvisational styles and his big band arranging work becoming a part of the standard repertoire of the Cornell University Jazz Ensemble. Upon graduation, Pablo briefly joined the tech industry to support himself while he broadened his skills into other instruments and learned the art of making studio recordings once again with the help of Berklee Music Online. Nowadays, Pablo stays busy sharing his love of music with his students, nerding out on complex harmony and improvisation with whoever will listen, performing around the LA area in various settings, and working with independent artists from his home studio, employing his skills in music production and performance to help realize their vision for their music and more. He is just getting started, but Pablo is proud that the music he has contributed to as a session musician and producer has already broken a million streams on Spotify alone. Fluent in Spanish and French. Vaccinated. 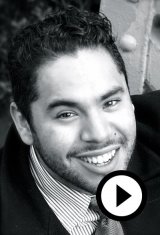 Jonathan Lacayo (voice, piano, guitar)
Jonathan, a lyric tenor and San Diego native, studied vocal performance (B.A.) under Dr. John Craig Johnson and vocal coach Ines Irawati at Point Loma Nazarene University. Before finishing his studies, Jonathan had become an accomplished teacher. At the age 18 he began directing his church choir and by the following year had become the Director of Worship Ministries (Centro Cristiano La Palabra.) In the middle of his junior year of college he had been offered a teaching position at the Recreational Music Center in San Diego. There he created a Vocal Arts Summer program and helped create school curriculums through their school site programs, establishing a vocal curriculum at the Saint Charles Borromeo Catholic Academy. Furthermore, Jonathan has sung with Diego Opera’s university partnership program Opera Exposed! and outreach program Opera on Track under the direction of Dr. Nicholas Reveles.
Jonathan Lacayo has had the privilege to be invited to sing throughout the United States and internationally in Mexico. He made his U.S. Debut with Long Beach Opera, March 2016, in the role of “Wissam” in of Heather Raffo & Tobin Stokes’ Fallujah, an opera inspired by the story of U.S. Marine Christian Ellis in the Iraq War. He reprised the role in his debut with New York City Opera November 2016. Jonathan made his international debut with Opera de Tijuana in the role of “Joe” in Gershwin’s Blue Monday October 2015. Other roles include Long Beach Opera as “Man 1” in Robert Xavier’s west coast premier of Frida (2017); Opera Theatre of the Rockies: “Radames” in Verdi’s Aida (2017/scene), “Goro” in Puccini’s Madama Butterfly (2017/scene), “Pylade” in Gluck’s Iphigénie en Tauride (2017/scene); Lensky in Tchaikovsky’s Eugene Onegin (2015/Act 1), Don Jose in Bizet’s Carmen (2015/scene); San Diego Opera’s Opera on Track as “Don Ramiro” in Rossini’s Cenerentola 2016/Act 1); Point Loma Opera Theatre: “Parpignol” in Puccini’s La Boheme (2015), “Prince Charment” in Massenet’s Cendrillon (2014), “Beppe” in Donizetti’s Rita (2014), “Giuseppe” in Loesser’s Most Happy Fella (2013), “Aeneas” in Purcell’s Dido and Aeneas (2012) understudy for “Camile” in Lehar’s Die Lustige Witwe (2012) and “Don Anchise” in Mozart’s La Finta Giardiniera (2011). 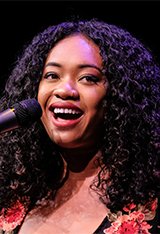 Kiana Bell (voice, piano, guitar, ukulele)
Hailed by the San Diego Union-Tribune as a “versatile wonder,” Kiana Bell is making her voice heard in the worlds of classical, musical theatre, and pop singing. While completing her B.A. in Music at Point Loma Nazarene University, she spent three years as part of San Diego Opera’s Educational Outreach and Apprenticeship program, Opera Exposed!, performing concerts in the Greater San Diego area, as well as on the main stage as one of the youngest members of the chorus. Favorite credits include Carousel (Utah Festival Opera), Ragtime (San Diego Musical Theatre), La Cenerentola (San Diego Opera on Track!) and American Rhythm (Lamb’s Players Theatre). Kiana has received prizes and recognition from the La Jolla Symphony and Chorus Young Artists Competition, the National Association of Teachers of Singing, and the Metropolitan Opera National Council. Kiana has recently taken a step into commercial music by becoming a Featured Singer and vocal captain for Royal Caribbean Cruises International, where she travels and performs anything from Musical Theatre revue shows to her own pop and soul sets. Kiana has been teaching private vocal lessons and vocal workshops since 2012. She makes it her aim to equip her students for any genre of singing by harnessing and cultivating classical-based technique.

Jeffrey Tay (piano, guitar, voice)
Jeffery Tay is a singer-songwriter, Independent Artist, Producer. Jeffery started learning classical piano a at the age of 10, and shortly after began learning the ukulele and guitar. He majored in vocal studies and holds a bachelor degree from Xinghai Conservatory of Music where he was awarded “outstanding graduate student.” After graduation, he signed a contract with a Chinese label to be a singer and songwriter and released two original albums between 2013-2015. Soon after, he released 4 original singles as an independent artist, producing his own music videos, one which was pitched by MTV Chinese Channel and aired for more than one year. In 2018 Jeffery moved to Los Angeles and graduated from Musician Institute with a Certificate in Independent Artistry.
He holds awards as Top 4 in “The Guangzhou Foreign Language Singer Competition” (2009); Champion of “Budweiser of China Campus singer competition”; Top 10 in Hong Kong TVB “International Chinese New Talent Singing Championship” shows (2012); Top 4 in MTV China channel ‘Aloft Star’ (2015); Top 4 in Guangdong TV ‘Live casting idols of China’ (2016) Fluent in Mandarin and Cantonese.