Our Composition staff all hold masters degrees in music theory and/or performance and pedagogy. We help students of all disciplines learn and understand the inner-workings of music through studying theory fundamentals, analysis, and compositional technique. Through fostering a greater understanding of music, our students become better performers, composers, and musicians. 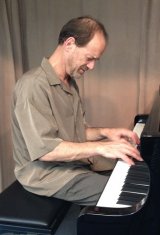 Gary Blumer (piano, composition)
Holds a masters degree in Composition from Wayne State University, he's been performing at the piano for over 35 years in jazz, classical and pop genres. Band leader, freelance pianist, composer/arranger and educator - having taught at WSU for 13 years - are all areas in which Gary has many years of experience. www.myspace.com/garyblumerjazzpiano 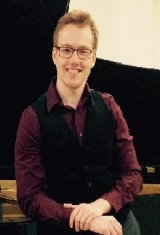 David Orr (piano, composition)
A New England native, David received a Bachelor of Arts in both Piano Performance and Theory from the University of New Hampshire, and holds a Masters of Music in Composition from the University of Massachusetts, Amherst. He has studied and performed internationally with concert pianists from the top music schools in the country, including New England Conservatory and Juilliard. He has also received awards from several prestigious piano competitions, including the American Fine Arts Festival (held in Weill Hall at Carnegie Hall). In addition to performance, David is an active composer for film, television, and video games, with dozens of clients including HBO and Activison. His video game music has been performed internationally, with a 2015 performance at the Dutch Game Music concert in the Netherlands. With extensive academic training in the art of composition, he also regularly composes concert music. He completed his first symphony The Alchemist in 2014, which was recorded by the The University of Massachusetts, Amherst Symphony Orchestra. David brings his diverse musical experience to his lessons, providing students with a well-rounded education in performance, theory, and analysis. Having taught in a variety of private and group settings -- from preschool lessons to university lectures -- He draws from all of these environments to provide a comfortable, relevant, and engaging environment for his students.