Standard curriculum includes rudiments, technique, note reading, and accompaniment. We offer performance opportunities in the form of at least 2 recitals per year, local street fairs and community requests, participation in rock and jazz ensembles. We accept drum students from age 3 and up. 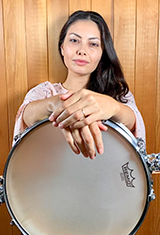 Jessica Ornaghi (mallets, percussion, drumset)
is a percussionist and drummer with experience in orchestra performance, ensembles, recitals, and teaching. She received her undergraduate degree at the University of São Paulo in Brazil. She recently received her master's degree in performance with full scholarship from Azusa Pacific University, with professors Raynor Carroll, Mark Converse, Yuri Inoo, and Bill Schlitt. In Brazil, Jessica played with several orchestras, participated in several festivals and competitions, and in 2016 she was part of the European tour of the YOA orchestra. Since Jessica arrived in the US, she has been playing freelance with orchestras and ensembles and teaching kids and adults of all ages. 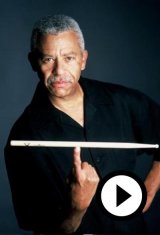 Kenny Elliott (percussion, drumset)
Kenny’s career as a professional drummer began at age 12 when he performed under the direction of the Red Saunders Orchestra at the Regal Theater. He was the staff drummer for Brunswick Records while teaching at the American Conservatory before moving to Los Angeles. Kenny toured with such greats as Lou Rawls, Aretha Franklin and Natalie Cole and performed with Ella Fitzgerald, Lucy Arnez, Diahann Caroll, Carol Channing, Ray Charles, Al Green, Eddie Harris, Al Jarreau, Chaka Kahn, Cheryl Lynn, Billy Preston, Helen Reddy, Dionne Warwick, and Stevie Wonder among others. He enjoys teaching and working with people. 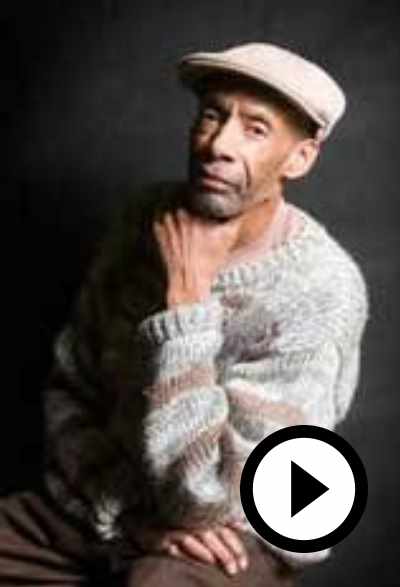 Quentin Dennard (percussion, drumset)
Quentin Dennard was born in Detroit, Michigan, and started his career in the late 1960s as session drummer for Motown Records. In a career spanning more than half a century, he has performed with multitude of music legends including Aretha Franklin, Roy Ayers, Dionne Warwick, B.B. King, Issac Hayes, Lamont Dozier, Jermaine Jackson, The Originals, Billy Mitchell, Keb Mo, and The Temptations. Quentin has also worked as a drummer in musical theatre, performing in the Fullerton Opera’s production of Ain’t Misbehavin, as well as the Ms. California beauty pageant and the world-renowned play Jelly’s Last Jam. Quentin’s mastery of many styles of music helps his students learn to “feel” each style, so that when they are called into a performance or recording session, they are not only ready to sight-read in any style, but to excel and impress.